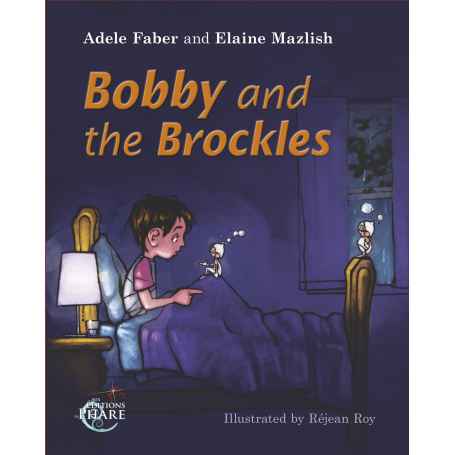 This product is no longer in stock

Bobby was mad at everyone and everyone was mad at him — his mother, his father, his sister, and even his friend, Sam. One dark and stormy night, two tiny men dressed in silver fly through the open window in Bobby's bedroom. "We are Brockles," they announce. "Our names are Murry and Groot and we have great ideas to help you". But the Brockles argue with each other over whose ideas are best. Sometimes Bobby listens to Murry. Sometimes he listens to Groot. Sometimes he doesn't know who to listen to!